A protégée of Mstislav Rostropovich and Seiji Ozawa, described as "a magnetic presence" and "a constantly fascinating sound technician" (New York Classical Review), Alena Baeva is fast emerging as one of the finest violinists of her generation.

Winner of the Grand Prix and other special prizes of the Wieniawski (2001), Moscow Paganini (2004) and Sendai (2007) international violin competitions, Baeva has already carved out an impressive career to date, and is working regularly with many of the world’s finest orchestras and conductors – including, amongst others, Teodor Currentzis, Valery Gergiev, Paavo Järvi and Vladimir Jurowski. 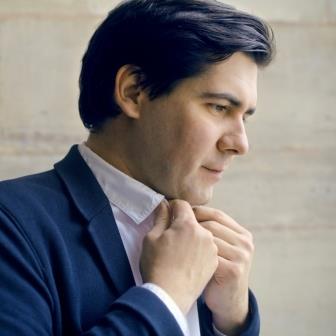 is fast building a reputation as one of the most musically dynamic and technically gifted young pianists, praised in his performance with the Philadelphia Orchestra "for his absorbing melodic shading [and] glittering passage work" (Philadelphia Enquirer). Winner of the 2013 Cliburn Competition, Kholodenko captivated audiences and critics alike with the Fort Worth Symphony Orchestra immediately appointing him their first Artist in Partnership for a period of three years. His latest solo disc on Harmonia Mundi, works by Scriabin won a prestigious Diapason d’Or de l’année. Previous awards include First Prizes at both the Schubert Piano Competition, Dortmund (2011) and Sendai Piano Competition (2010).

In North America Kholodenko has performed with the Philadelphia Orchestra, Atlanta Symphony, Indianapolis Symphony, Rochester Philharmonic and San Diego Symphony Orchestras, and toured with the Staatskapelle Weimar under Kirill Karabits. He has given recitals throughout the United States including in New York, Washington and Boston and at the Aspen Music Festival.